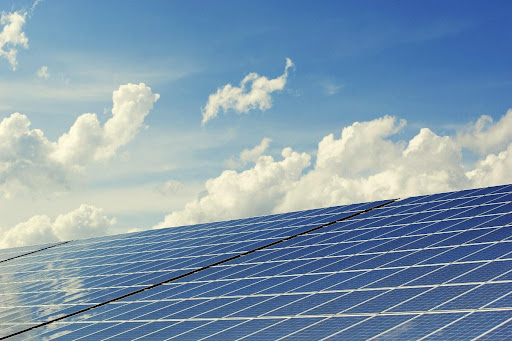 Solar power is proving to be an accessible form of sustainable, renewable energy. It’s versatile and cost-effective for municipal and industrial projects. It’s also a perfect ecological choice for individual homes and businesses. It’s now commonplace for solar panels to be fitted to roofs where they transform sunlight into free electricity. But solar technology is not standing still.

There are many futuristic ideas such as solar paint, which is being developed by Australia’s Royal Melbourne Institute of Technology. Other forward-thinking solutions could include solar pavements and roads. However, many futuristic solar technologies are already in general use.

Buildings are being designed to include integrated photovoltaics. These customised solar panels are now in use as canopies and decorative facades. Solar skins or covers help the panels blend in with their surroundings. But one of the most influential of BIPV technologies is the solar window. Although solar glass is traditionally smoky grey or blue in colour, there is also a transparent version that has been developed by Michigan State University.

The panes incorporate a transparent luminescent solar concentrator. It includes salts that soak up invisible light such as infrared and ultraviolet. Currently, solar glass windows have a transparency of 86% which makes them ideal for skylights and door panels. Commercial buildings are particularly suitable for transparent solar windows. Additional features of solar glass include effective thermal insulation and soundproofing.

Layers of solar cells are twice as effective at harnessing the sun’s energy. But layers of traditional solar panels are impractical and expensive. An alternative is a solar fabric with tiny photovoltaic cells woven into it. The fabric’s lightweight and flexible. It has many uses including window awnings, curtains, and tents.

Ultra-thin solar cells are ideal for covering domed structures and awkward areas where traditional solar panels are impossible to fit. Although the fabric has a lower efficiency rate than standard panels, it still helps reduce carbon emissions. The future of solar fabric could be in clothing. Wearing solar fabric could provide winter warmth that makes people less reliant on central heating. It could also provide power for charging mobile phones.

Solar Panels that Float on Water

Vast expanses of water such as lakes and reservoirs have the potential to harness solar energy. The first floating photovoltaic solar energy system was unveiled in 2007 in Honshu, Japan. The region has around 40,000 lakes. They provide space for arrays of solar panels that couldn’t be included on such a scale in heavily built-up cities.

One of the world’s largest floating solar panels system is at the Yamakura Dam near Ichihara. It consists of sixty solar panels that cover more than eighteen hectares. The floating system provides daily electricity for more than 5,000 homes. The region’s carbon footprint has been reduced by approximately 8,0000 tonnes of carbon dioxide each year.

The system shows an increase in the energy efficiency of around 10% compared to a standard array of solar panels. Water is more effective at preventing the panels from overheating than the air cooling mechanism of a land-based system. There are further savings in running costs as the panels are virtually self-cleaning. 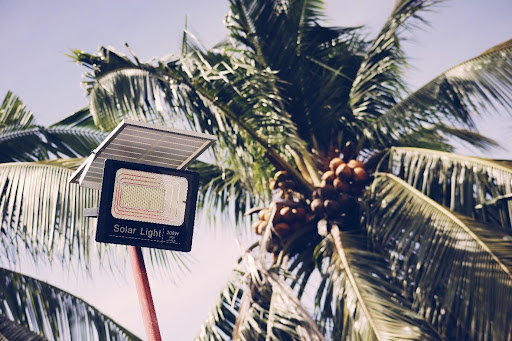 Providing illumination for streets is expensive. In the United Kingdom, it costs approximately £500 million each year through using four billion kWh of electricity from the grid. Converting street lighting to solar energy can be very cost-effective and save up to two million tonnes of carbon emissions.

Solar street lighting operates through self-generated off-grid electricity. The rechargeable battery of each light is supplied with power from a photovoltaic panel. An eco-friendly LED bulb makes the lighting energy-efficient yet powerful. The average lifespan of a solar-powered streetlamp is around twenty-five years.

Even greater savings can be made during installation as there is no need for extensive, underground cabling. It means lighting can easily be installed in inaccessible areas such as steep slopes. Solar-powered street lighting is highly adaptable and can incorporate power reserves to combat excessively cloudy days. Some cities such as Leeds, are also installing solar-powered road signs.

The ecological benefits of solar power are continually encouraging innovative technologies. By using every available space on buildings and lakes, large-scale production of inexpensive electricity is possible. Even ideas such as solar clothing and illuminated road signs are contributing to a reduction in carbon emissions.

Solar power is green energy that is already in use for so many applications. Its potential for saving money and increasing energy efficiency has already seen many solar technologies develop. And it’s sure to encourage many more innovative ideas soon.

Smart and Solar as a Complete Green Solution

4 Tips to Protect Your Solar Panels From Pigeons

A Look into Photovoltaics: How They Have Changed over the Years

The Impact of Climate Change on Construction Jobs

Energy Efficient Homes Are a Great Draw for Buyers

How US Homeowners Are Adapting Their Lifestyles to Protect the Planet