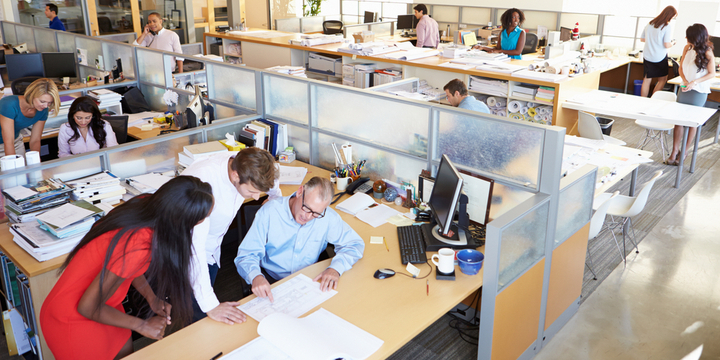 People are now more conscious of the need to conserve and look after the environment as the effects of climate change are becoming more widely known and accepted. It’s important for all of us to consider our own carbon footprint, whether that be at work or at home, and steps we can take to reduce it.
Commercial businesses have a responsibility to do the same, and more often than not acting to reduce energy consumption can lead to savings anyway. This article will discuss a few methods by which you can make your business place more energy efficient going forward.

LED technology has come a long way over the past few years and it’s come to the point where it is actually cheaper to purchase new LED lights when you consider the savings in the long run. Not only do LED globes burn less energy, but they are much longer lasting and don’t need to be replaced nearly as often. When we’re talking about a large quantity of globes that can save you a great deal.

Whether your working space is an office, warehouse or factory, there are plenty of LED options that are available for your specific needs and can help create the ambience you’re after.

Understand the important of shade cover

There are a great many factors that play into your building’s ability to keep cool, but one of the big ones is cover from the sun. Particularly if you’re located in a warm part of Australia, you might want to consider planting shady trees and/or vegetation to take the brunt of the sunshine and the block the wind in the winter time too. Large trees around your commercial building can have a much bigger impact than you might think and can cut carbon emissions in the summer by up to 30%. This may not be a short term solution, but it’s certainly worth considering.

Solar is another technology that is becoming increasingly viable for large commercial businesses, particularly those that have high energy requirements. Utilising solar energy in addition to conventional energy sources can be a great way to not only help out the environment but reduce your monthly energy bill too. Admittedly, the initial outlay in terms of cost can be quite high, but when you factor in the long-term benefits it’s worth it if you have the capital.

It has been always one of the most important things for governments throughout the world, especially to the UK government, to encourage businesses and individuals to adopt energy saving practices, introducing a number of incentives to do so. Certain energy efficient appliances are subsidised and if a building is constructed in a certain way, the government will allow for greater tax deductions than usual. There is a host of incentives, so read up and make the most of them!

Allow staff to work from home every so often

Obviously, this will depend on the kind of business you’re operating, but if you have the ability to allow your employees to work from home, you may consider doing so from time to time. In an office environment, this means spending less on lighting, heating/cooling and energy to power their computer and other technology. Plus their carbon footprint is reduced as they don’t need to travel to work. More and more companies are adopting this practice around the world.

There are a huge number of ways you can make your business and commercial building more energy efficient and the benefits come back in the form of lower energy costs. This article has discussed a few of the considerations you should be making as a manager of a business.