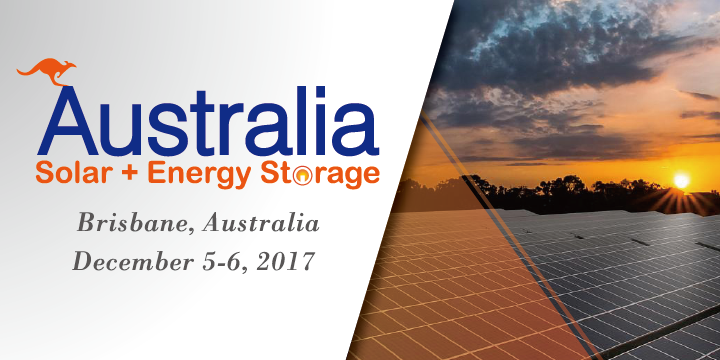 Australia is becoming one of the fastest growing countries in the field of energy storage due to its strong intensity of sunlight throughout the year, its vast territory with sparse population, the government’s terrific energy policy, and the world’s highest household solar system penetration rate. Recently, the government of South Australia and Victoria issued a large-scale energy investment plan, and the world’s largest solar farm with storage will be established in South Australia. As a result, the Australian energy market is pushed to climax for a time.

In order to assist the enterprises in gaining an in-depth understanding of Australian storage policies, regulations and standards, in seizing the opportunities of Australian storage market, and in accessing to advanced technologies and newest standards of energy storage, Australia Solar+Energy Storage Congress & Expo 2017 will be held by Leader Associates, from 5th -6th December, in Brisbane, Australia. The conference will get together Government & Regulators, Utilities, Energy Developers, Energy Users, EPC Contractors, Solution Providers to discuss the future of Solar & Energy Storage development in Australia.

Please note that starting from 27th February 2020, we are no longer accepting new media partnership proposals. Thank you for your interest!