Photo by K B on Unsplash

What defines a beautiful place? Is it the landscape? The architecture? The people? There are many criteria for judging beauty, which makes ranking the most beautiful places on Earth quite a challenge. Nonetheless, we’ve compiled a list of diverse locations that hold appeal for any would-be globetrotter.

Dust off your passport and get ready for adventure. From beautiful botanical gardens to man-made wonders of the world, here are 10 of the most awe-inspiring destinations on the planet.

The astonishing beauty of the Aurora Borealis draws millions of sightseers to Iceland on a yearly basis. With intense bursts of vivid colours piercing the sky, this atmospheric phenomenon represents a truly unique experience.

Also known as the Northern Lights, the aurora can be seen from a number of countries in the northern hemisphere. However, Iceland is the ideal country to view this natural wonder due to its prime location, tourist-friendly locales, and lack of light pollution.

The Fairy Pools are found in a southern glen on the Isle of Skye, one of Scotland’s most picturesque islands. Fed by ice-cold mountain streams, the waters of the Fairy Pools are vivid blue yet crystal clear, attracting an ever-growing number of visitors every year.

Thanks to its jaw-dropping scenery, swimming areas, hiking trails, and an abundance of wildlife, the Fairy Pools has a little something for every nature-lover. As proof of its appeal, visitor numbers have more than doubled in the last six to seven years.

Visited by over five million people on an annual basis, the Grand Canyon is one of the world’s most popular natural attractions. Due to its immense size and breathtaking vistas, it has been featured in countless examples of art, entertainment, and literature.

The steep cliffs of the Grand Canyon wind through the state of Arizona for 446 km, a 29 km wide gorge that can reach depths of more than 1.5 km; the canyon is a humbling example of the might and inevitability of nature.

If you fancy a visit to an underwater wonderland, the Great Barrier Reef is as magical as it gets. It’s home to an incredibly diverse mix of flora and fauna and is widely regarded as a premier scuba diving experience.

As the world’s largest coral reef system, the Reef plays an important part in Australia’s ecosystem. Many of its native species have been designated as vulnerable or endangered, which is why large portions of the Reef are protected from fishing and tourism.

Northeast of Kaafu Atoll, in the Maldives archipelago, lies the stunning island of Meeru. Also known as Meerufenfushi, the island is a mere 1.2 km long, with only one resort and nothing else but blue skies, clear waters, and lush vegetation.

Booking accommodation at the Meeru Island Resort & Spa is the only way to gain access to the island. Travelling from the nearest airport (Ibrahim Nasir International Airport) via speedboat takes roughly an hour, but the island is entirely worth the trip.

The glacier-fed waters of Peyto Lake give its waters a bright turquoise hue. Surrounded by the ice-capped peaks of the Canadian Rockies, it’s a favoured destination for nature photographers, with plenty of majestic viewpoints to discover.

Located approximately 40 km from the town of Lake Louise, the lake is situated within Canada’s Banff National Park. Summer is the ideal time to visit when the lake’s mineral deposits from Peyto Glacier are at their highest concentration.

Phang Nga Bay can be found between the island of Phuket and mainland Thailand, in a narrow stretch of water known as the Strait of Malacca. It’s a shallow bay with over 40 islands, a diverse range of island cultures, and many noteworthy archaeological sites.

The towering limestone cliffs of Phang Nga Bay are world-famous, having appeared in major film franchises like James Bond and Star Wars. One of the islands is even named James Bond Island after being featured in two different Bond films.

Photo by Simon Berger on Unsplash

The Pyramids of Giza are the oldest Ancient Wonder of the World and the only Ancient Wonder that is still in existence today. Giza’s pyramid complex contains six pyramids altogether, along with several related complexes, as well as the Great Sphinx of Giza.

In 2021, the Egyptian government announced a plan to renovate the pyramid complex and the surrounding area, making it more tourist-friendly with greater accessibility. The renovations reportedly include a new visitor’s centre, a restaurant, and free Wi-Fi.

Located in the South Zone of Rio de Janeiro, the Rio de Janeiro Botanical Garden is Brazil’s largest botanical library. With thousands of plants from all over the world and over 100 species of birds and monkeys, the garden is an earthly delight unlike any other.

Founded back in the early 1800s, the garden was originally meant to be a storage space for imported spices. In 1822 it was repurposed and opened to the public. Because of its eclectic origin, the garden also features multiple historical and artistic monuments.

Victoria Falls is one of the Seven Natural Wonders of the World and the largest falling body of water in existence. Twice the height of Niagara Falls, its staggering size is thanks to the strength of the Zambezi River, a 2,500 km river that crosses seven countries.

Preserved as one of Zimbabwe’s five UNESCO World Heritage sites, Victoria Falls lies on the border between Zambia and Zimbabwe. Due to political tensions and civil unrest in Zimbabwe, visiting Zambia is currently the best and safest way to access the area.

Classic Tech for a Digital Detox on a Summer Camping Trip 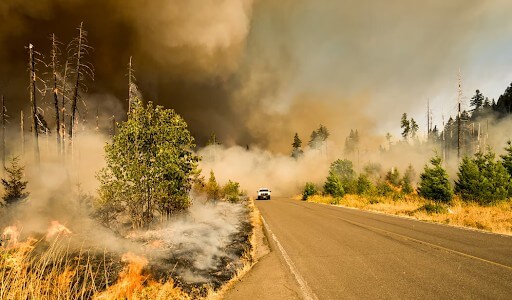 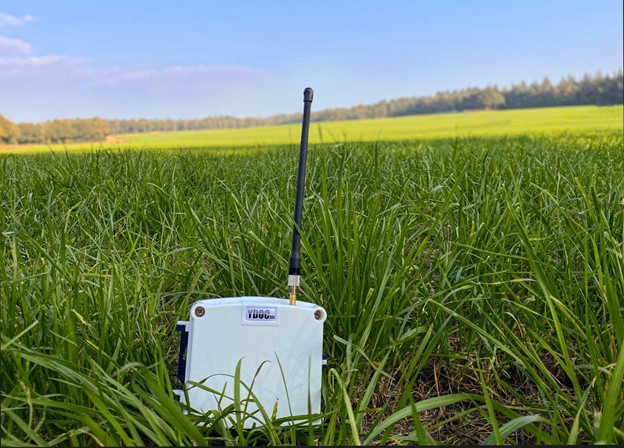