Scotland’s Geothermal Potential to Be Unlocked in Aberdeen

In light of this, the Scottish Government has set a target of achieving a largely decarbonised energy system by 2050. While 100% renewable electricity production is already well within reach, pollution-free heating makes for a greater challenge.

Heating accounts for over 50% of Scotland’s total energy consumption – and nearly half of its greenhouse gas emissions, as only a small fraction of the generated heat comes from renewable sources. Meeting the ambitious target of clean heating will therefore require taking full advantage of all available technologies, like biomass boilers, solar thermal systems, heat pumps, and geothermal projects.

Heat from the earth for Scotland’s coldest city

In the summer of 2015, the Scottish Government released a policy roadmap outlining a number of new approaches to renewable heat. As part of the new policy direction, several feasibility studies were funded to investigate the potential for different types of geothermal energy projects.

Scotland’s current installed geothermal capacity is very small. The industry is in its early stages, but it may eventually be possible to deploy thermal energy on a very wide scale – possibly beyond Scotland and across the UK.

One of the possibilities explored by the studies was the installation of a deep geothermal single well (DGSW) system – a pipe stretching nearly 1.2 miles into the ground – to provide heat for the new Aberdeen Exhibition and Conference Centre (AECC).

The DGSW system, developed by Geothermal Engineering Ltd, intends to overcome barriers that have previously hindered geothermal power development in the UK. The installation cost and time are promised to be considerably lower than in the case of traditional geothermal systems. Geological risk is reduced, and the system does not require hydraulic stimulation or “fracking”, making it more likely to be accepted by the public. 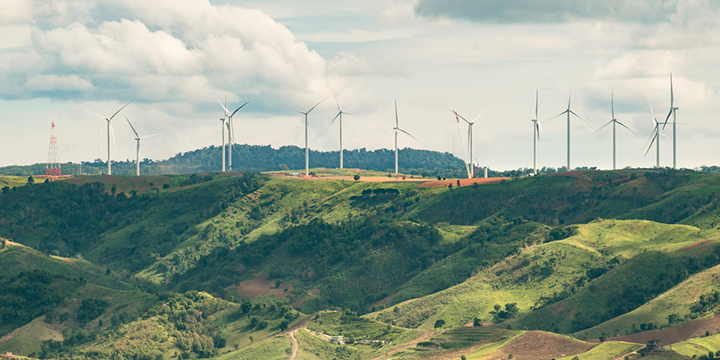 Sounds good. But, will it actually work?

The findings of the feasibility study, released in the spring of 2016, are encouraging. According to the published report, the construction cost would fall between £1.5 million and £2.5 million. In addition to heat supply to the Aberdeen conference centre, the local community would also benefit via return flow heating to nearby dwellings.

Due to the system’s high efficiency, the carbon emissions associated with its construction would be offset within the first year of operation. The expected lifetime carbon savings are substantial, and could contribute to the government’s goal of decarbonising heat supply.

Aberdeen City Council has expressed willingness to support the project through the Scottish Government’s Geothermal Energy Challenge Fund. While no final decision has yet been adopted, if the project goes ahead, it could act as a high-profile showcase of geothermal heat for both commercial and domestic users, helping attract investors for further projects and increase momentum for the development of geothermal energy in the United Kingdom.