Energy policy in America has been at the center of the public’s attention lately, especially after the Pope’s speech on the environment and the EPA’s improved regulations on pollution. The energy issue has become increasingly relevant both in America and across the globe. Let’s take a look at how the United States are tapping into renewables.

Even though we generally associate renewables with sun, wind and water, the Energy Information Administration includes biofuels, such as ethanol, in the renewables category. That means that virtually any state can produce renewable energy, depending on the specific regional supply. Oil- and coal-rich states like Texas and West Virginia have historically focused their efforts on sourcing energy from “fossil” fuels, so their output from renewables is relatively paltry.

Here are the top 10 producers of total energy: 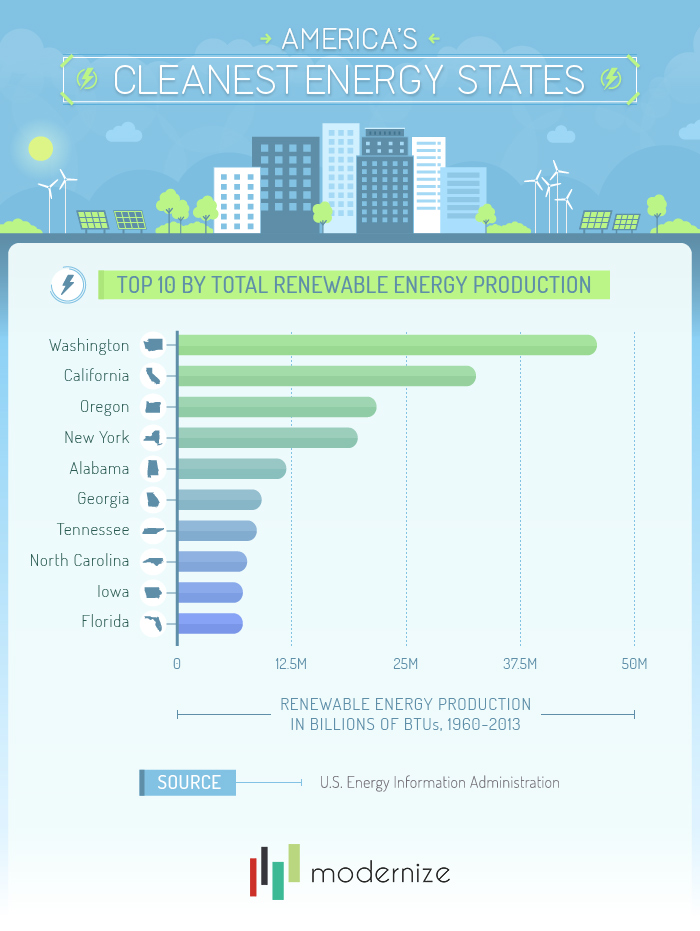 Washington, California, and Oregon come as no surprise, since they are usually associated with environmental concern and the geographical variety to embrace multiple renewable energy sources simultaneously. Other countries are not as lucky in terms of natural resources, but benefit from a mix of size, population, political preference, and socioeconomic standing, showing that there is no simple formula to reach success with renewables, and many different circumstances can work.

Some states have pristine green energy records but their total energy production is too small to appear on the list. But when we looked at percentage power rankings, or how much of each state’s total energy production is accounted for by renewables, we found out that Rhode Island, Idaho, Hawaii, Delaware, and D.C. produce virtually all of their energy from renewable sources. That might be depending on the distribution of natural resources, but their commitment to renewable energy is still impressive.

The reason why energy policy is attempting to reduce usage of fossil fuels is that they’re associated with high levels of pollution. Many kinds of potentially harmful emissions are included in the definition of pollution, with infamous carbon dioxide being the most well-known. The EIA offers carbon dioxide data from 1990–2012, so we’ve tracked the worst emissions offenders over that time: 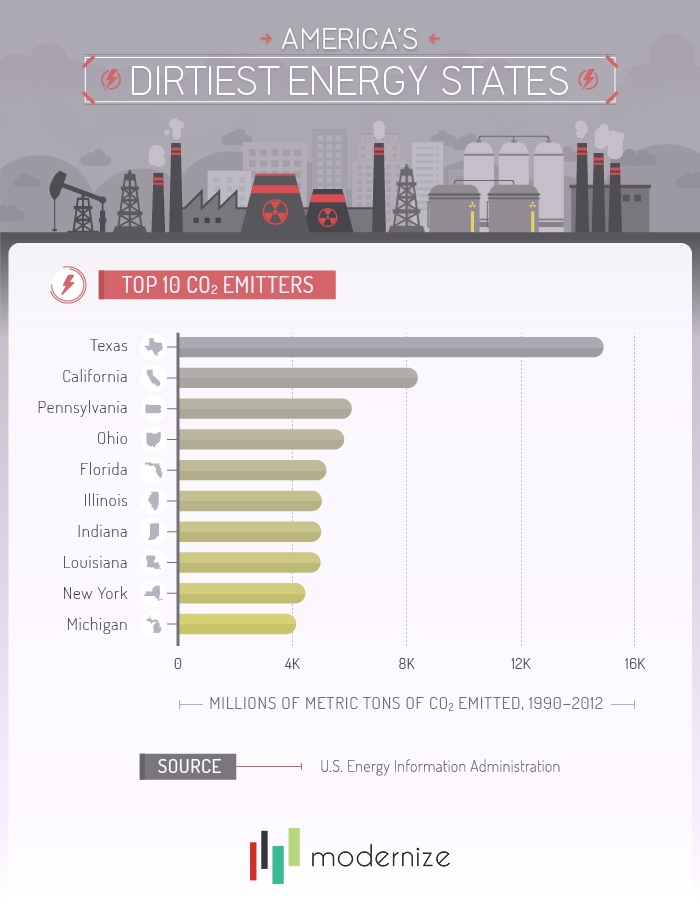 Texas predictably tops the list – but California or New York still appear because carbon dioxide emissions are a function of both energy production and population: the more people, the more energy they consume. Emissions also result from cars, heat, and other modern daily comforts.

Some states have accomplished great things in the past 22 years. Special mentions go to New York, Michigan, and Ohio, who managed to substantially reduce emissions even with their major industries. 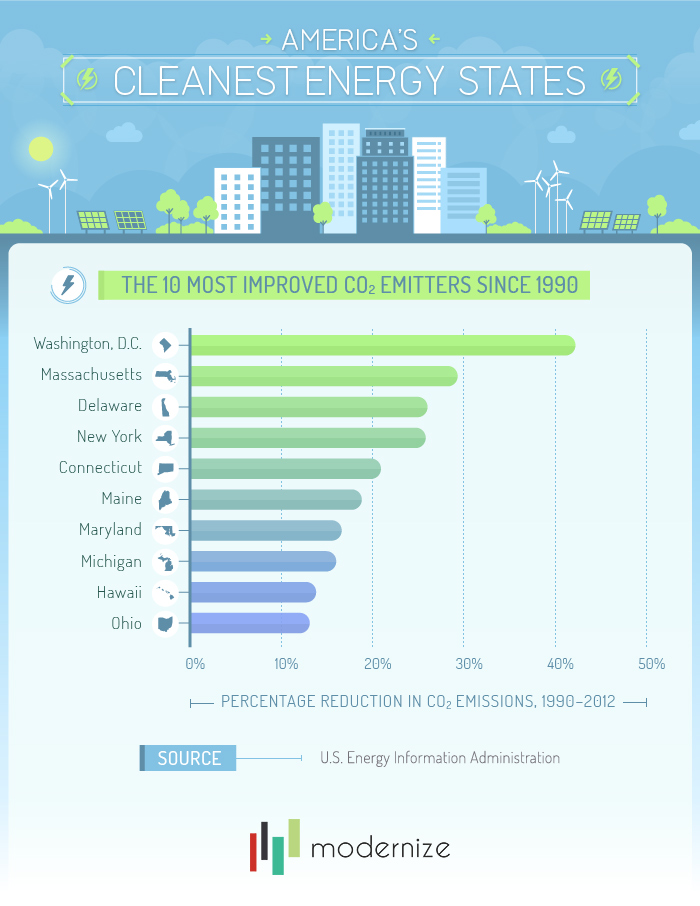 Let’s remember that everybody can contribute to these improvements, starting from their own home. By pursuing new, clean technologies, simply remembering to turn off the light or researching solar options that will also create savings, you can do a lot to promote a cleaner energy world. If you and enough of your neighbors start a collaborative action and make the right choices, your might see your state jump up in the cleanest states list.

Read the original post on Modernize.com where you can find comprehensive solar information from industry experts.