If by any chance you’re  walking through Tottenham Court Road and you’re pushed by the crowd you might end up in front of a green phone box. Don’t be shocked and try not to blame the painter, just take a look inside. You will probably be surprised to find some cables in place of the traditional phone and you would think that you are dreaming or still dizzy from the stampede. Dazed and confused, you would go out of the phone box and start looking around the box and you will notice a solar panel installed on the top of the phone box. You may be willing to call your friends (or your doctor) and tell them what you have seen… but your mobile phone is out of battery, then go in again and enjoy the power of the solar box!

What is the Solar Box?

The Solar Box is the winning idea of Harold Craston and Kirsty Kenney, two London School of Economics graduates, presented in a competition organised by the mayor of London. The idea aimed at adapting the iconic phone booths to the changing times and technological developments. The use of mobile phones is overwhelming nowadays and no one uses the public red telephone boxes to make calls, although everyone is attached to them and they belong to the London charm after all. So why don’t turn some of them into charging spots that can be used to keep on communicating? This is not the first case in which public phones are updated into something more modern, such as wifi hotspots, libraries and even showers.

How Can You Use the Solar Box?

The Solar Box is equipped and powered by a solar panel that is installed on its roof. This panel is expected to recharge 100 appliances (both during the day and the night thanks to an energy collector) through the cables that are place inside the box. 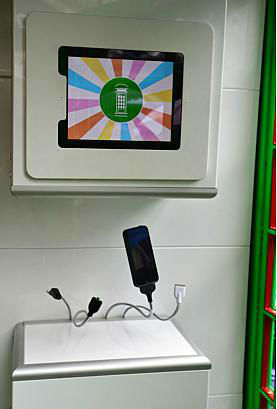 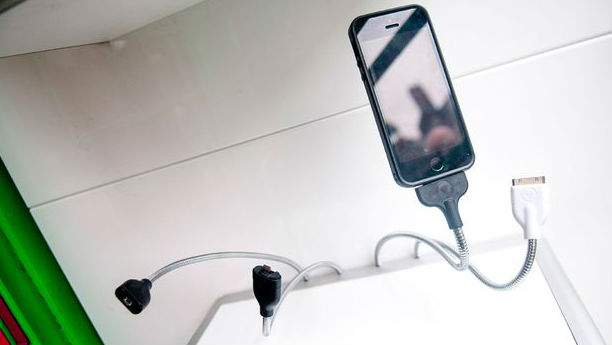 The cables suit Samsung, Blackberry and different models of iPhones and there are neither restrictions on the type of appliances charged nor on the amount of time everyone should spend at the charging spot. However,  the average time is estimated around 5 to 10 minutes and the service is free of charge.

The expected cost of this installation is supposed to be quite low too since it only involves installation costs that will be recovered in the first months and only some cleaning service would be required from time to time.